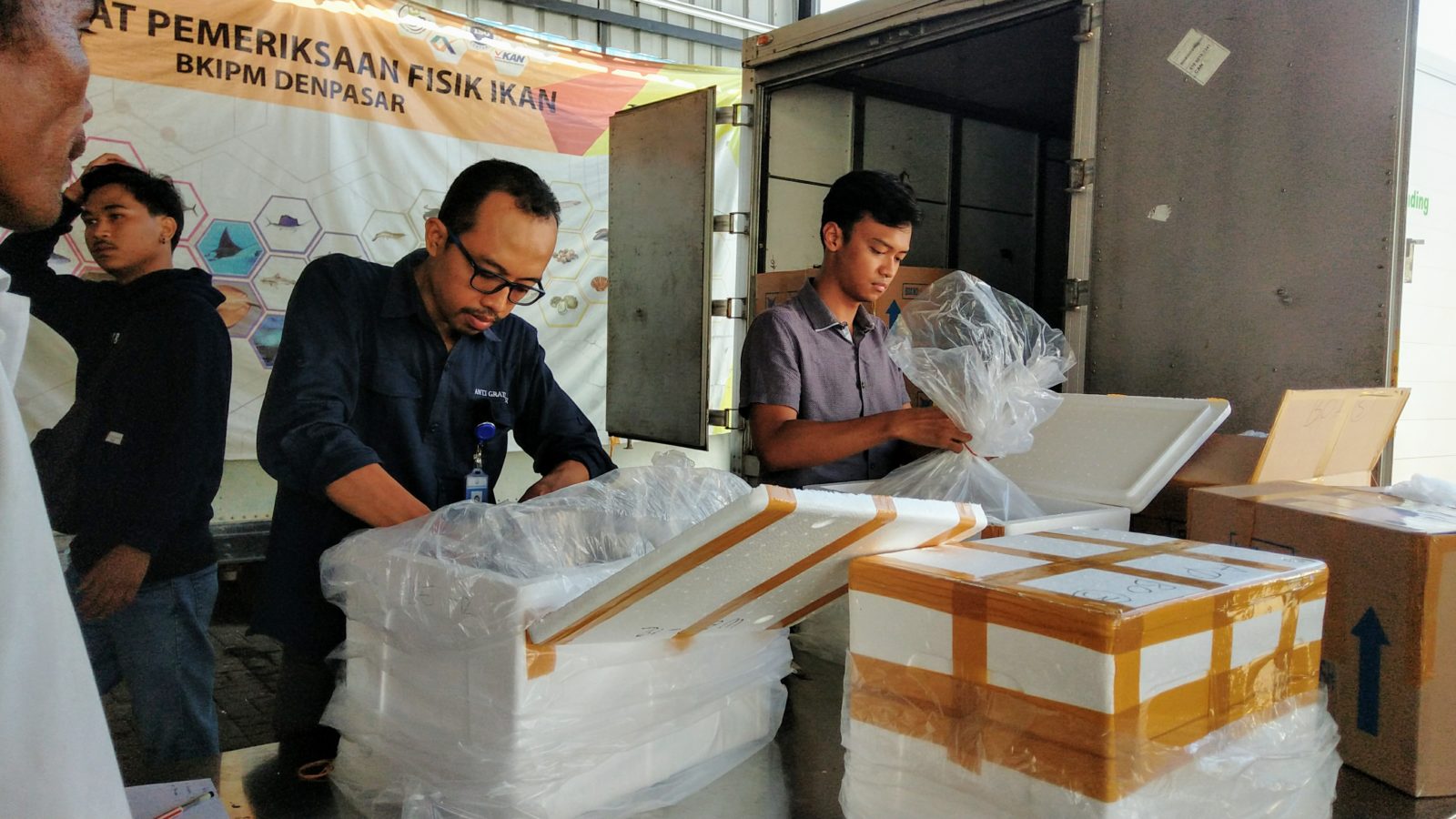 Indonesian officials are aware of the problematic involving the export of endangered or threatened species. One solution in respect of life coral exports for the ornamental fish industry is the practice of aquaculture. This means farming of life coral for commercial purpose and coral reef restoration projects. We documented the steps that are taken to ensure adherence to cites requirements and government regulations.

Every shipment we make has to be filed online with an exact list of quantities and type of coral in the shipment. There are certain species that can be exported from Indonesia and each shipment will be checked by not only one, but three government agencies at the same time.

The three government agencies involved in the export of farm raised coral are:

When we pack our shipments representatives of all three branches of government are present and control the content of each box. After approval the box gets a seal from each ministry and is cleared for shipping. The last stage of control comes at the airport where single boxes are randomly selected and again are spot checked for accuracy to make sure that nothing had been tampered with.

All exporting companies have to provide transfer facilities in which packing of the life coral shipments can happen in a controlled environment. Smaller coral farmers, who previously have packed their shipments on the beach or on a boat, are either forced to establish permanent facilities or shut down operations.

The departments that control the export now also keep track of the coral growing process in marine-culture enterprises. We have to give a forcast of the quantities and type of coral we will grow, show evidence where the first generation came from. We also have to track losses encountered during the growing process. That gets all recorded and becomes a base of the export quote each company is issued. The advantage of such an approach is that now we have a system in place that tracks the exact numbers of coral grown industry wide. It also allows for more scrutiny to avoid wild harvesting of protected coral. Companies that do not play by the rules can easily be identified and shut down. Since the trade between competitors is quite limited and controlled, a bad player can not simply use a competitor to ship coral our of the country. Ultimately this system is scrutinizing each member of the trade. It had been suggested that some of these processes will be further streamlined for more efficiency. The implementation of a central computer registration system for the trade makes processing paperwork flow quite fast and uncomplicated. There will be changes and tweaks expected to the processing and control procedures expected. The Industry as a whole has already been rejuvenated and brought into the 21st century.

We are proud to evolve with the improvement of the Indonesian coral trade as a whole, and appreciate the efforts of the government to guarantee the survival of the industry in the face of global environmental concerns. We are looking forward working with our International distributors in the months and years to come.