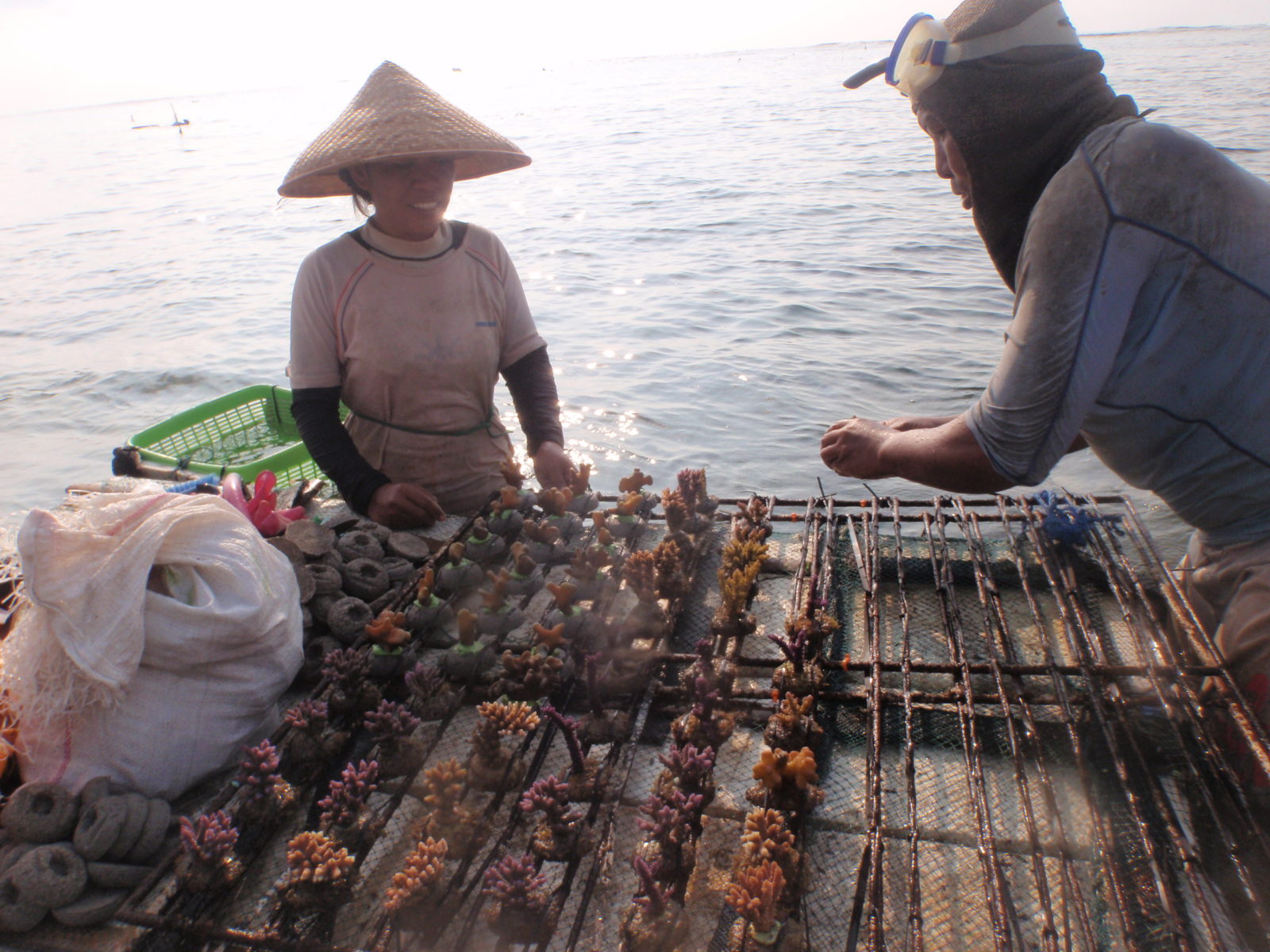 One of the most ingenious way to grow and multiply live coral is the process of fracturing. In nature coral is propagated though larvae that is released into the tide. Some of the coral larvae reaches a spot where they settle and form a new coral. This natural fertilization process is largely dictated by chance; like the ocean currents, and other whims of nature. Only a fraction of larvae ends up as a coral on some rock formation beneath the ocean waves. This process works slow for the re-population of reefs. in some cases depleted reefs don’t regenerate quick enough to provide enough biodiversity to be able to fulfill their destiny as the breeding ground for a large percentage of the ocean fish population.

In coral farming we go a different route. The process of fracturing takes a adult coral which is broken apart into small fragments that get transplanted onto a host stone with a special glue. Then it is nurtured into larger coral that then can be transplanted onto reefs, or sold to the ornamental fish trade. It is a bit like growing a tree from a limb cutting. Something gardeners have done for centuries, if not for millenia. All that it needs is one single specimen, that originally would have been taken from the wild. The so called mother coral is broken in small pieces. The micro-fracturing process yields a dozen or more small corals that are glued in place on a small stone. In commercial applications that stone is replaced by a small concrete base. These are placed in ideal conditions for growth. At our coral farm we use tables that are placed a few feet under the surface of the calm water in a lagoon on the south tip of Bali, Indonesia. The coral finds almost ideal conditions, aside from some over-fertilization of the water, that can result in excessive algae growth. Our staff spends considerable time for months on end to clean the algae of the coral base and tables. This makes sure nothing inhibits healthy growth. Some coral takes about a year to reach a size ideal for commercial sale, other species take even longer. It is a time consuming and painstaking process, not without it setbacks. Storms, extreme tides, and careless boaters can be a danger to our crop. Even some poaching had been observed in the recent past. But in the end we normally yield a sizable amount of beautiful healthy coral. “We love our job!” attests the coral farm worker named Wayan. “Its a reliable income and we get to work in the outside.” he shares with us in Bahasa, the prevailing language in Indonesia. Its a thing he enjoys since he started out as a young fisherman with his father. Now he is a keeper of the reefs legacy – dedicated to care for one generation of coral after another.