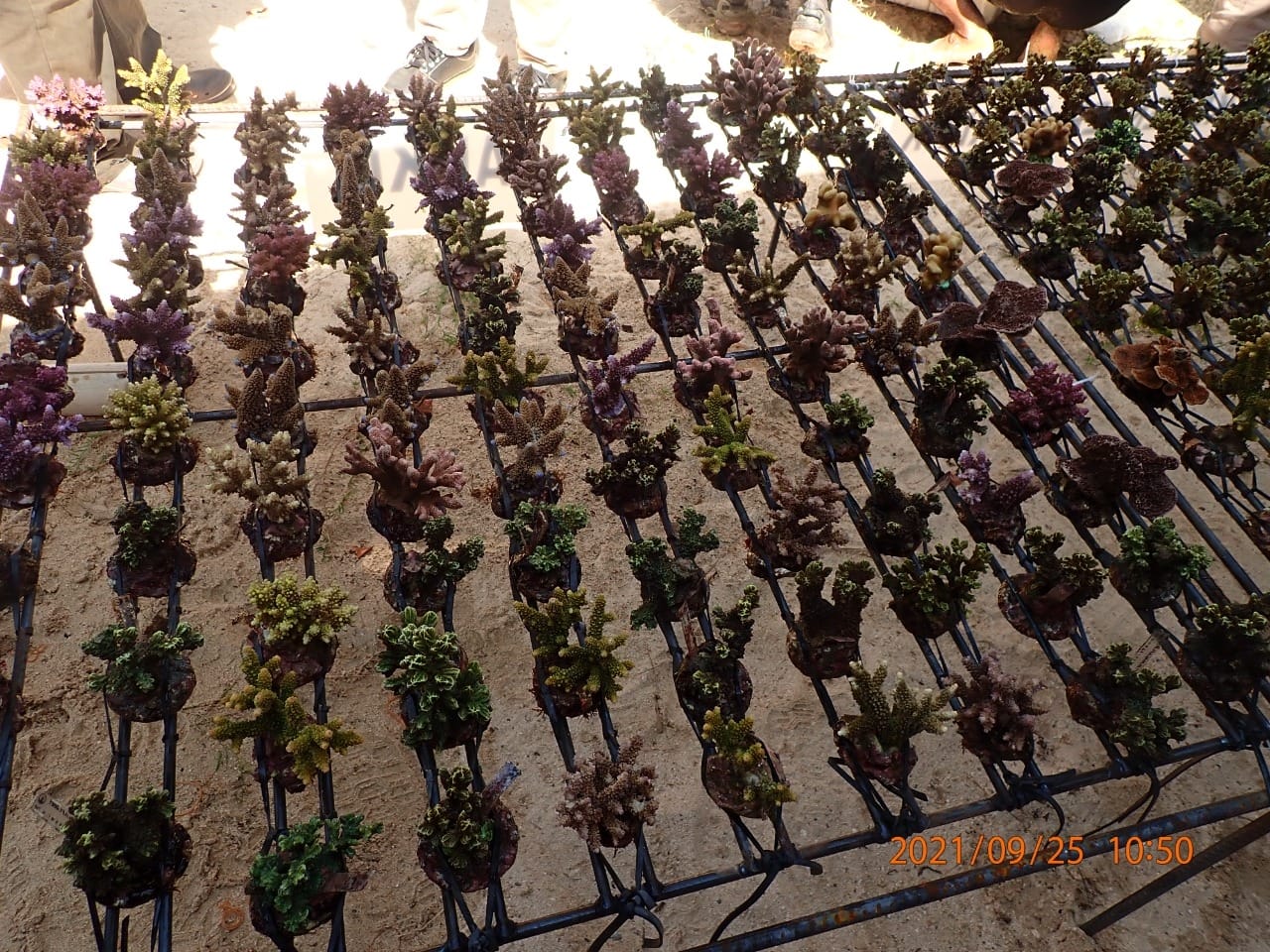 Coral reefs are dying at an alarming rate worldwide. Scientists point to temperature change in the water and the addition to nutrients in the water.

The global climate change affects most tropical waters and scientists found that only a few degree change can have devastating effects on a reef. Divers have observed coral bleaching from waters of the caribean to the south east pacific. The second larges threat is the growth of algae on coral. This happens when the water becomes nutrient rich due to human population on shorelines. Coral grows better in nutrient poor waters a few feet under the surface. Facing this threat harvesting life coral has become an additional burden on the fragile ecosystem. Here is where the farming of coral also known as Coral Aquaculture can help in the restoration and preservation of an important ecosystem. At Bali Coral Farm we use the method of microfraction to grow coral. A first generation coral is harvested from wild growth and broken int small pieces. Those fractured pieces are glued to a base stone and placed in an ideal depth in on special manufactured tables. There we nurture and grow the small pieces into full size coral that is ready to be sold to saltwater tank enthusiasts all over the world. Note that only the very first generation of coral comes from the wild. All subsequent coral is grown off this first specimen and no further wild species are needed.

Worldwide Coral Aquaculture is used for commercial reasons as well as and preservation efforts. Here in Bali we raise the coral in the ocean which has another great effect that benefits new coral reef building. Every coral produces offspring in form of a tiny little larvae that is release to the tide to find new habitats and to grow new reefs. So open water coral farming offers this additional benefit enriching the waters with the so important small larvae that gives live to future coral generations and help to repopulate depleted reefs.

The role of reefs are much greater in the oceans ecosystems than one would assume. Even though reefs cover only less than one percent of all ocean surface, they are home to one third of all fish. Even larger species often uses the reefs as breeding grounds for their offspring until they are large enough to roam the great blue. There is also another benefit to coral farming that has a side effect on wild coral survival. Even the coral that is cultured in a lagoon in a natural setting goes through the reproductive cycles of spawning coral larvae which in turn gets swept away with the tide to distant locations where it can settle and replenish existing natural reefs and build new ones. The state of our oceans are not all good. So it is more important than ever to protect and foster these magnificent ecosystems that are so important for the survival of ocean dwelling creatures and ultimately also the survival of the human race.