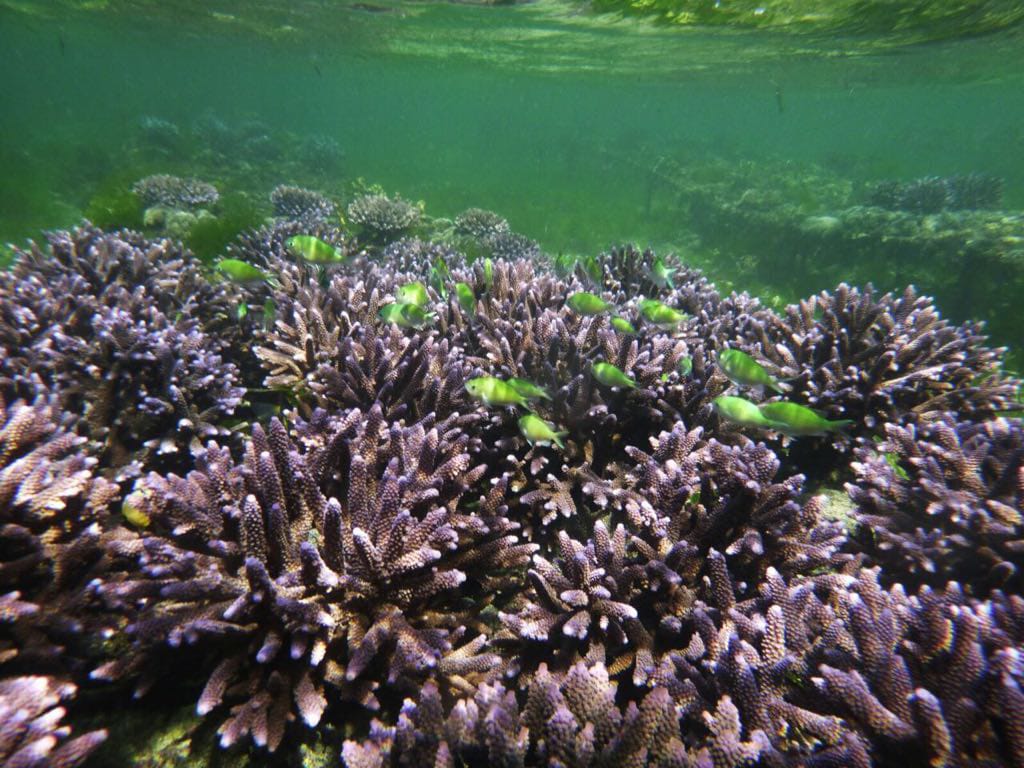 This summer (which marks the winter months in the northern hemisphere) seems to repeat an unfortunate occurrence of mass coral bleaching in the second year in a row. Coral has a symbiotic alliance with the algae that grows within the corals cells. The algae gives the coral vital nutrients while feeding from the sunlight. The coral needs warm waters to thrive but the temperature can not be to warm either. Coral needs a very specific depth to grow, the right temperature and amount of nutrients in form of plankton. If the water gets to warm the coral algae produces a toxic substance instead of the food and the polyp ejects it into the ocean to fend of harm. The result is coral bleaching which puts the survival of the coral colony in danger. The coral can only survive long term it it replenishes the algae and reverse the process of bleaching. That is unlikely if the growing conditions do not recover quickly.

The US Government National Oceanic and Atmospheric Administration (Noaa) measures sea surface temperature for quite a while. According to Noaa the northern Parts of the reef shows surface temperature at a record since 1985. Professor Terry Hughes at the James Cook University is concerned about the heat. He said he had never seen heat stress accumulating on the reef this early, but a “well timed cyclone” could reduce the risk of bleaching.

Last summer the Great Barrier Reef Marine Park Authority (GBRMPA) attested a mass bleaching during a La Nina cycle. Historically that weather pattern keeps the ocean temperatures relatively cool with little to no coral bleaching. That is concerning and could mean that we see back to back events of coral bleaching. Scientists did not anticipate a temperature change like that until the 2050s. Rising ocean temperatures are a result of human activity like emission of greenhouse gases and the use of fossil fuels. We have accounted for rapidly increasing bleaching events in the years 1998, 2002, 2016, 2017, 2020 and 2022.

Coral can recover from the bleaching if the heat is not prolonged and severe. When coral is able to replenish the algae it can recover from the crisis. However, if the cycles of excessive heat are extended and there is not enough recovery time with cooler temperatures, coral will die off. Some species are more resilient than others. Especially fast growing coral is sensitive and can be damaged quickly. Water temperatures are the hottest in February so the excessive heat as early as November “is very worrying”, so Prof Ove Hoegh-Guldberg from the University of Queensland. “This (heat) is happening many weeks earlier than usual – in the past it has been in January.” He continues: “The fact it’s probably the warmest November on record (at the location of the reef) and given what we know about heat stress on corals, this does not bode well.”

Indonesia somewhat of a distance to the great barrier reef, but we at the coral farm are quite concerned about ocean warming. Knowing that a one degree difference can have a huge devastating impact, we are worried about the health of our reefs. We are participating on conservation efforts and our farm raised coral helps to protect and prevent the wild harvesting of protected species. But our success is closely intertwined with the fragile ecosystem of shallow tropical reef systems. Our operation mirrors some of what is happening in the wild. We are not exempt from nature, our coral farm is existing in harmony with the natural world. It is bound by the some of the same natural rules and challenges the reefs encounter. There is a great danger that casts a shadow over the reef. It is not the great white shark as some might suggest. but mankind’s inventive industrialization. Our success as a species casts longer shadows over the blue abyss than any predator we know. We are the greatest threat to the underwater wonderland reef. The coral reef is in danger, and so are we.