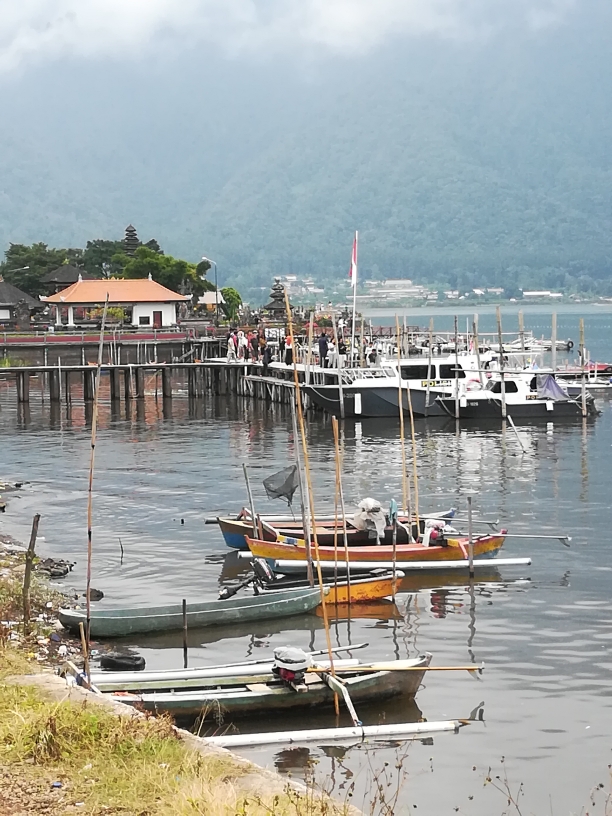 The recent challenges of international travel in the face of the pandemic lend itself for us to review Balis largest industry – Tourism. While mostly on hold right now, Tourism in Bali is historically relatively new. Only about 40 years of mass tourism have transformed the face of the small Indonesian island. The beautiful diverse Sanctuary with its rich cultural history and tropical life near the equator has attracted visitors from near and far. The Balinese people have always be welcoming and hospitable while sharing their island paradise with curious travelers. The mass tourism industry has shaped much of what used to be a agricultural society, deeply routed in the Balinese culture and its religious traditions. The vast majority of the native Balinese are Hindu which is evident once visitors start to visit historical monuments and landmarks. Often sacred Hindu Temples, that are as relevant to Balis identity and everyday life as ever. The onslaught of tourists in these religious places of significance is something devoted worshippers have to cope with, even if the skimpy dressed hordes with their cell phone cameras often seem seem out of place.

But tourism not only takes a toll on the cultural identity if the island. There is a physical and environmental impact that modern life brings. It threatens to damage and destroys what makes this place so unique. Bali has currently around 146.000 hotel beds. That’s much more than what is actually needed and used, while the ongoing development is rampant. In some areas the coastline is built up completely, displacing the native population and their low impact way of life. Instead Bali is facing a growing mountain of plastic garbage that seem to mimic the volcanic peaks in the north. The ban of single use plastic bags is only a first small step in the right direction. What would be needed is decentralized recycling plants and a power plant that will make use of the waste as a source of energy for the islands increasing demand for electricity. But also the sweetwater reserves seem to be threatened. The local Environmental Protection Agency noted that 260 of the 400 rivers in Bali run dry. The key sweetwater reserve on the island Laky Buyan has dropped by 3.5 Meter in three years.

There is evidence that salt water finds its way into the coastal aquifer in the southern and most populated regions of the island. The shallow lagoons and the surrounding coral reefs are under assault from Balis popularity as well. The shallow coastal waters carry more nutrients as in the decades before. Combined with rising sea water temperature, reefs are in a choke-hold. In 2018 Balis Marine and Fisheries department issued a statement that finds that only 55 percent of the reefs around Bali are in good condition. About 30 percent are considered to be in fair condition and 15 percent are categorized as poor condition. These are alarming statements and they reflect what researchers observed in other regions of the world. Reefs are dying at an alarming rate. They are a precious resource and are vital for replenishing a large percent of all marine life, directly and indirectly.

Bali seeks to curb the uncontrolled development but the governmental responsibilities are split up between the national agencies (Kementerian) and regional Provincial government which has no single authority and typically formulates recommendations to be considered by the national agencies. Those kind of overlap of responsibilities makes conservation efforts a time consuming and complicated process. Balis Province Marine and Fisheries Head vowed in 2018 to convert all costal water that contain coral reefs to environmental protection zones.

There are practices like fishing with explosives or the use of cyanide for the collection of ornamental fish that are detrimental to the ecosystem. Increased enforcement will be needed to curb further damage. Plenty of reef damage is born from vandalism and ignorance. Some of the efforts will need to be centered around education and preservation. Bali has to find a way to embrace eco-tourism and take a quality-over-numbers approach. There are plenty of places in the world that offer mass tourism with all its loud glitz and glamour, party venues, and beer parlors. Bali has much more to offer, if we dare to look behind the obvious realities of faceless tourist developments. There is a quiet Bali; colorful, serene and routed in tradition. There are natural wonders that seeks to be encountered, not conquered. Bali will offer up its mysteries if we are willing to listen, watch and learn. You might come to find out that some sand is more beautiful without our footprints.